10 Of The Best Walks In The Lincolnshire Wolds 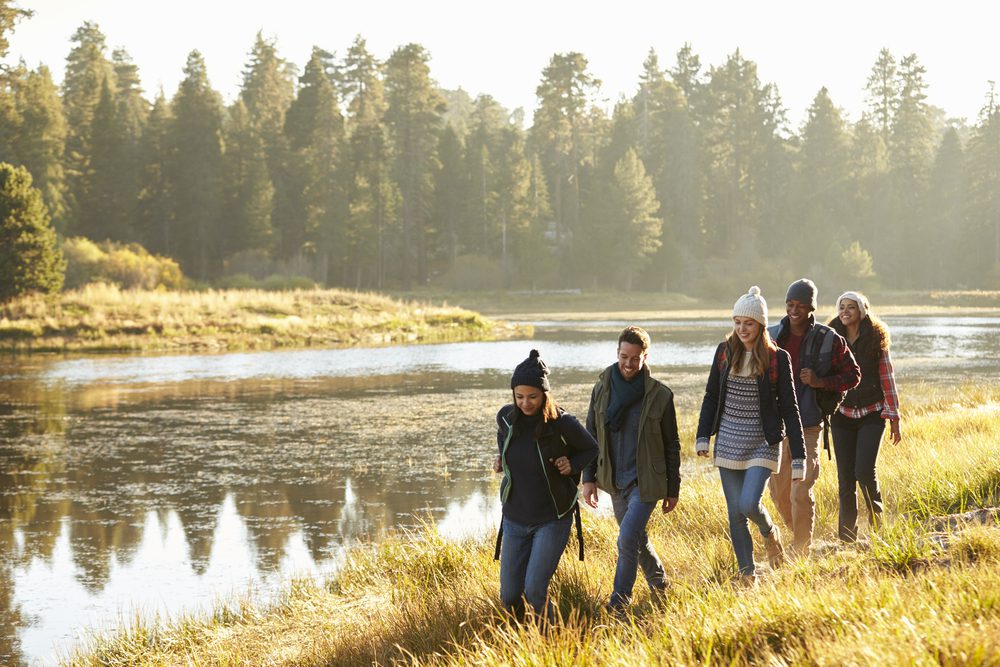 From limestone cliffs to rolling hills and fens, you can explore the countryside and catch a glimpse of a wide array of flora and fauna.

There are also lots of wonderful walks within the area, including the Area of Natural Outstanding Beauty, the Lincolnshire Wolds. Whether you want a gentle stroll or a challenging hike, there’s something for everyone in this beautiful region.

Here, we’ve chosen some of the best walks in the Lincolnshire Wolds that can be easily accessed from our Silverhill holiday park.

This walk passes through an area that was once one of the most industrial parts of the Wolds, where ironstone was mined for nearly 40 years.

Now, the route follows a grassy, picturesque valley offering some of the best views in Lincolnshire across to the Humber Bridge and Lincoln Cathedral. You can also look out for wildflowers along the route.

This walk links the villages of Fulletby, Tetford and Belchford and the hamlet of Salmonby, taking in woods, fields, lakes and spectacular views.

Following a section of the Viking Way and the course of a Roman salt road, you might catch a glimpse of a kingfisher on your way. And many of the fields are filled with red poppies during the summer.

Length: 5 miles (but can be shortened)

This walk combines the history and wildlife of an ancient valley with the wide open spaces of the Wolds and has wonderful views down to the coast. You can also pay a visit to the South Thoresby Warren Local Nature Reserve.

Passing a Georgian church, the ruins of a deserted medieval village and an ancient Manor Farm, this walk is great for history buffs and nature lovers alike, with the chance to see rabbits, herons and wildflowers on the route.

This is a great option for those looking for a shorter route and gives you the chance to explore the area around a medieval market town.

Both routes take in a number of points of interest, including the Grade II listed Parish Church of St Mary and St Gabriel, the 19th century Grimsby Road Pump, and the old Binbrook Water Mill, whilst the longer route also offers the chance to see wildflowers.

The walk takes in the derelict 12th century Orford Priory and the site of a Roman villa and provides a chance for the eagle-eyed to spot some weasels scurrying for cover. It also passes along a picturesque stream for a duration of the route.

This walk takes in some of the southern edges of the Wolds and offers stunning hilltop views as well as a chance to explore the hamlets of Winceby, Hameringham and Asgarby.

Winceby was the location of a key Civil War battle in October 1643 and this route offers views across to Slash Hollow, where the battle reached its bloody end. You can also see remains of deserted medieval settlements!

These two pleasant routes offer a circular walk around the parishes of Goulceby and Asterby, passing through farmland, quiet lanes, and part of the Viking Way.

Goulceby owes its names to its first settler, Kolkr the Dane, during the Viking period. Whilst Asterby’s name stems from the Danish word ‘Eystri’, owing to Kolkr’s eastern lands. The walk passes the Old Graveyard stemming from this Viking period, as well as a chance to visit the Red Hill Nature Reserve.

This walk starts at Ludford and passes along the Viking Way before climbing up to Great Tows, which offers fantastic views across the Lincolnshire Wolds.

This walk is another great option for those with a penchant for history. The route passes the WWII RAF base and memorial, the remains of the last windmill built in Lincolnshire, some historical stocks, and the remains of a medieval village. Plus, if you pay a visit to the White Hart pub in Ludford, you can see some great RAF memorabilia.

This route is a fantastic choice for those with a love of poetry. As it’s believed the countryside around Bag Enderby and Somersby served as the inspiration for many of Alfred, Lord Tennyson’s early works.

Born in Somersby House, Tennyson spent his childhood exploring the areas around these two villages. These walks take in some of the sights that inspired the Poet Laureate, including the ‘The Poets Tree’ and the bridge over the River Lymn.

The final of our Lincolnshire wolds walks starts from a small village on the outskirts of the Lincolnshire Wolds. Before crossing into the rolling hills, taking in beech woods, classical architecture and charming lakes.