The Lake District is, of course famous for its Lakes, first and foremost, as well as the impressive peaks and fells. But the villages and towns in the area are actually rather beautiful in their own right, and we’ve pulled together a list of ten of our favourite most picturesque towns and villages in the Lake District and Cumbria. 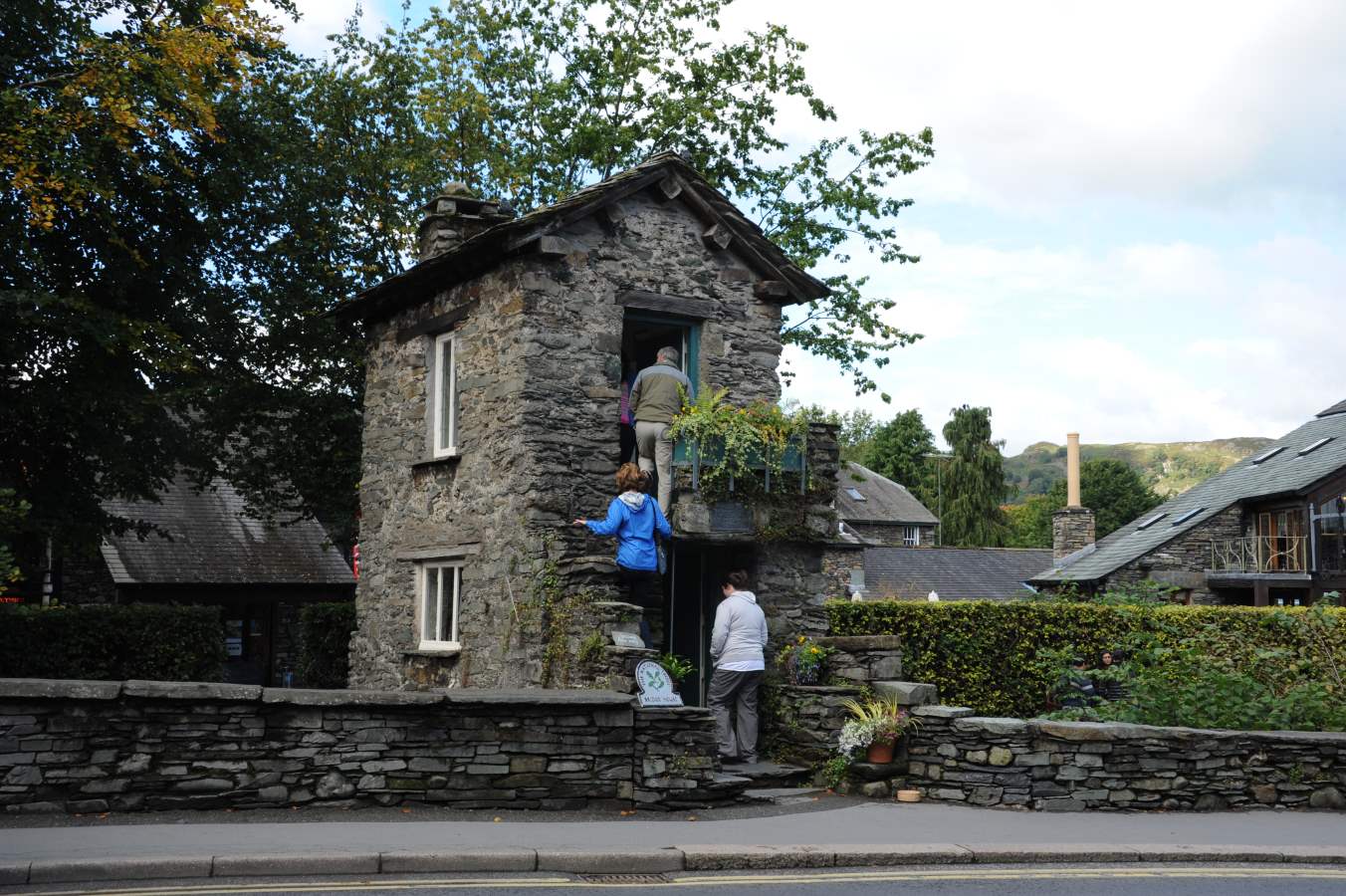 Ambleside is a destination that is popular with tourists, and often busy. But that is due to the fact that it makes a beautiful base for any trip to the Lake District.

It lies next to the northern shore of Lake Windermere, and The Bridge House is apparently the most photographed building in the whole Lake District. So it certainly lives up to its reputation for being picturesque!

The name Caldbeck means “cold stream” in Old Norse. The river provided the power for the corn mills, bobbin mills, and woollen mills. Along with other industries important to the industrial development in the 17th and 18th centuries.

The village itself is certainly picturesque, with a duck pond, and many old buildings. Notably, St Kentigern’s Church, which has the graves of Mary Harrison “the Beauty of Buttermere” and the famous huntsman John Peel.

Cartmel is a beautiful village, and its village square is home to a 14th-century gatehouse, old shops and pubs. There is also a 12th-century priory, for which the village is famous.

Aside from the sights, the village is also excellent for food, with the famous Cartmel Sticky Toffee Pudding, and two restaurants that are both featured in the “Good Food Guide”. 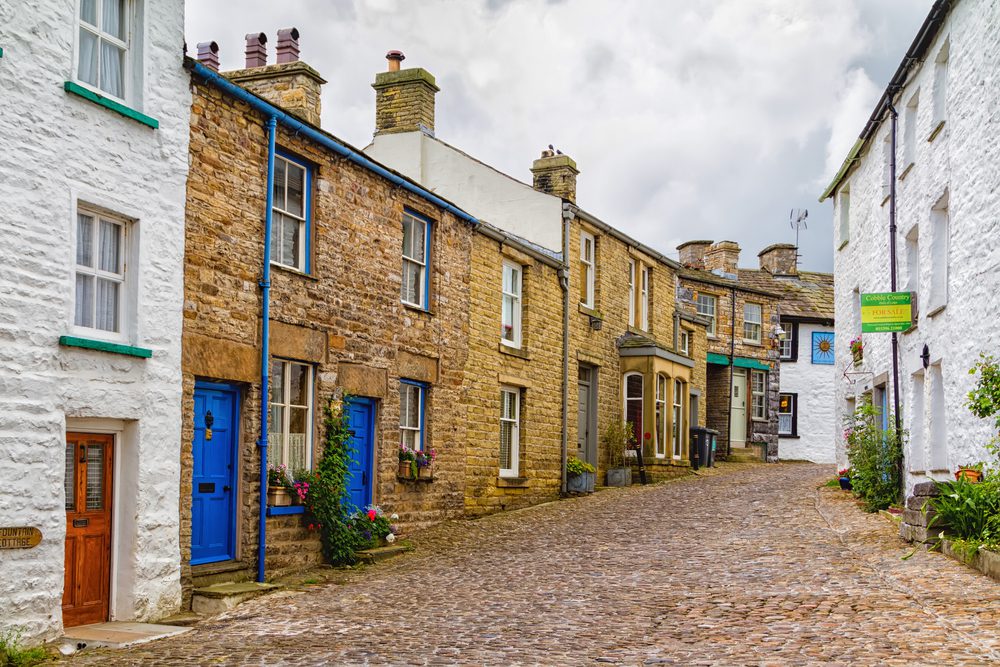 Dent is a charming little village half way between Kirkby Lonsdale and Kendal. It is filled with cobbled streets and old stone cottages. There is a fountain in the centre of the village commemorating Adam Sedgwick.

The village is surrounded by magical views of the rolling hills nearby and sits in some of the best countryside in Cumbria.

Ravenglass is the only coastal town in the Lake District and lies half-way between Barrow-in-Furness and Whitehaven.

It is located at the estuary of three rivers, and local attractions include Muncaster Castle, and the picturesque and nostalgic Ravenglass and Eskdale Railway.

The beauty of Grasmere is everywhere you look, from the nearby peaks, lakes, and waterfalls. The old buildings are enchanting, and famous poet William Wordsworth lived his life in several of the houses throughout the village.

The Wordsworth Museum in the village contains many of his personal belongings, as well as a historically reconstructed farmhouse kitchen. Another must visit particularly for any foodie is the famous Grasmere gingerbread shop.

The pretty market town of Keswick is surrounded by mountains, such as Skiddaw. It sits just north of the beautiful lake Derwentwater.

Just to the east of the town up the hill lies Castlerigg Stone Circle. The circle dates back to Neolithic times and draws people from all over. Looking to enjoy the atmosphere and the panoramic views of Helvellyn and High Seat. 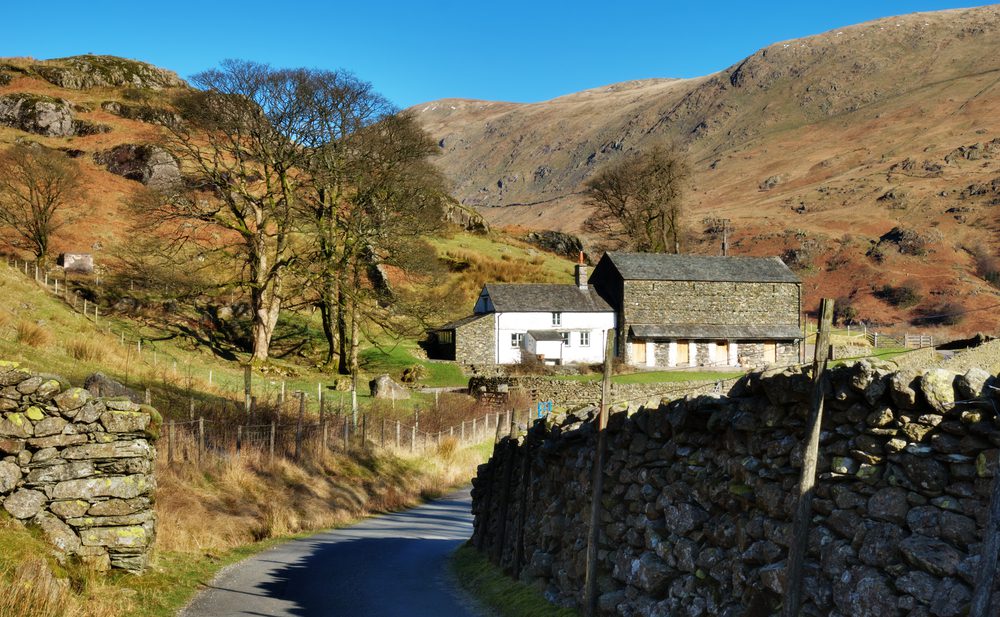 The village of Kentmere is no doubt one of the most scenic and secluded places you can visit in the Lake District. With a population of only 159 as of the 2011 Census, it lies in the Kentmere Valley, to the east of Lake Windermere.

Surrounded by a horseshoe of high fells known as Kentmere Horseshoe. It is a favourite with walkers, as is the Kentmere Reservoir.

In the heart of the Lake District sits Seatoller. The village was once a part of the mining industry in the 17th and 18th centuries.

It is set in one of the most naturally beautiful landscapes in the Lake District. It is a centre for climbers and walkers wishing to ascend the nearby Sky Head Pass.

A small hamlet in the valley of Wasdale. This is the preferred starting point for those wishing to ascend Scafell Pike, part of the National Three Peaks Challenge.

Also home to the tiny St Olaf’s Church, it is claimed to be the home of England’s smallest church, highest mountain, deepest lake (Wastwater) and biggest liar. The latter after a former landlord of the Wasdale Head Inn claimed the title for himself.

We hope you have enjoyed this roundup of our favourite towns and villages. If you want to learn more about the area, why not check out our recent post on 12 things you didn’t know about the Lake District?