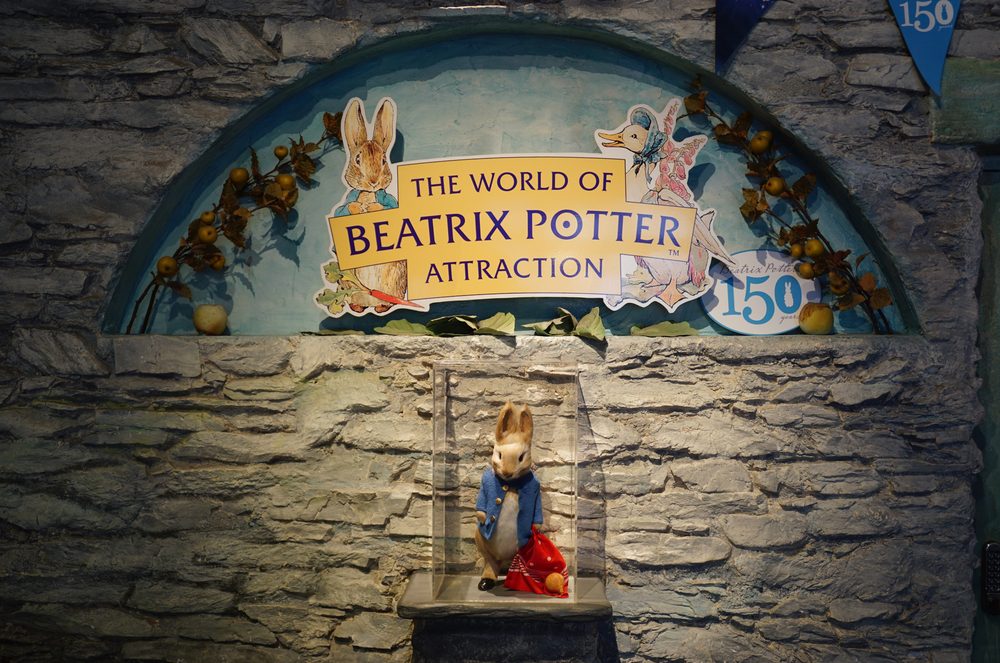 This year sees one of the Lake District’s most beloved characters, Peter Rabbit, finally hit cinema screens after being a hit with children around the world for over a hundred years (check out the trailer here!).

The story of Peter Rabbit is synonymous with the Lakes as is his author Beatrix Potter. She spent much of her life here in the region and took great inspiration from her beautiful surroundings.

While Beatrix Potter was born in London, she visited the Lakes many times as a youngster. After falling in love with the scenery and wildlife chose to move here in her later life.

It was here where she wrote her most famous stories. The most well-known of which, ‘The Tale of Peter Rabbit’ has sold over 40 million copies.

Potter was an important figure not only as an author, but also a huge champion of the Lake District. She worked tirelessly to protect the landscape (as well as the local Herdwick sheep population). And she even left over 4,000 acres of land to the National Trust in her will.

Here are some of our favourite Beatrix Potter-related sights and attractions here in the Lakes.

Aside from being a celebrated author, Potter was also a keen farmer. She played a huge role in the preservation of the Lake District National Park as we know it today.

With the profits from her writing, she purchased Hill Top farm near Hawkshead in 1906 and left it to the National Trust in her will. On the proviso, however, that they leave it unchanged and open it up to the public, a promise which they’ve kept to this day!

Having being painstakingly preserved throughout the years, stepping into Hill Top feels like you’re stepping right into the early 20th century, with many of Potter’s actual belongings on display.

The Lake District Visitor Centre at Brockhole has loads to see and do, whether it be trekking in the treetops or just a picnic on the shores of Lake Windermere, but did you know it also has a connection to Beatrix Potter?

One of Beatrix’s cousins lived at Brockhole and there’s now a nature trail which will take you around the beautiful grounds by the Lake to learn a little more about the wildlife and landscape that inspired her.

The World of Beatrix Potter Attraction

One of the area’s most popular attractions is the World of Beatrix Potter, where you can walk right into the world of Peter Rabbit and friends.

The attraction is packed with interactive exhibits which tell the story of Potter and her beloved characters, as well how the Lake District played a pivotal role in her writing.

There’s also regular themed days and shows throughout the year, so be sure to check out what’s on ahead of your visit.

This 17th-century building in Hawkshead was once the office of Potter’s husband and has remained relatively unchanged since.

Nowadays though, it houses a regularly changing exhibition of Potter’s original drawings and illustrations. Along with interactive touch screens helping to bring the story to life.

This beautiful Gothic revival castle is one of the many places than the young Miss Potter stayed at in 1882 when she was aged 16.

While she never actually owned the castle, it held a special place in her heart. It is now home to the Peter Rabbit Adventure, where younger visitors can explore Peter’s family burrow, Mr McGregor’s garden and Brown Owl’s nest.

The Armitt is a museum, library and gallery in Ambleside which Beatrix was a big supporter of in her lifetime.

Nowadays it’s home to a collection of letters and from her and her family. As well as her own personal collection of first editions of her books and a large number of watercolour paintings. Making it a great opportunity to get an insight into her life story, and explore Beatrix Potter’s Lake District.

So, if the kids are looking forward to seeing Peter Rabbit in cinemas in a couple of weeks, why not take them to see the real-life locations that helped bring him and his friends to life!

Here at Pure Leisure, we have parks which are only a short drive away from the Lakes. So why not check out our holiday accommodation today?