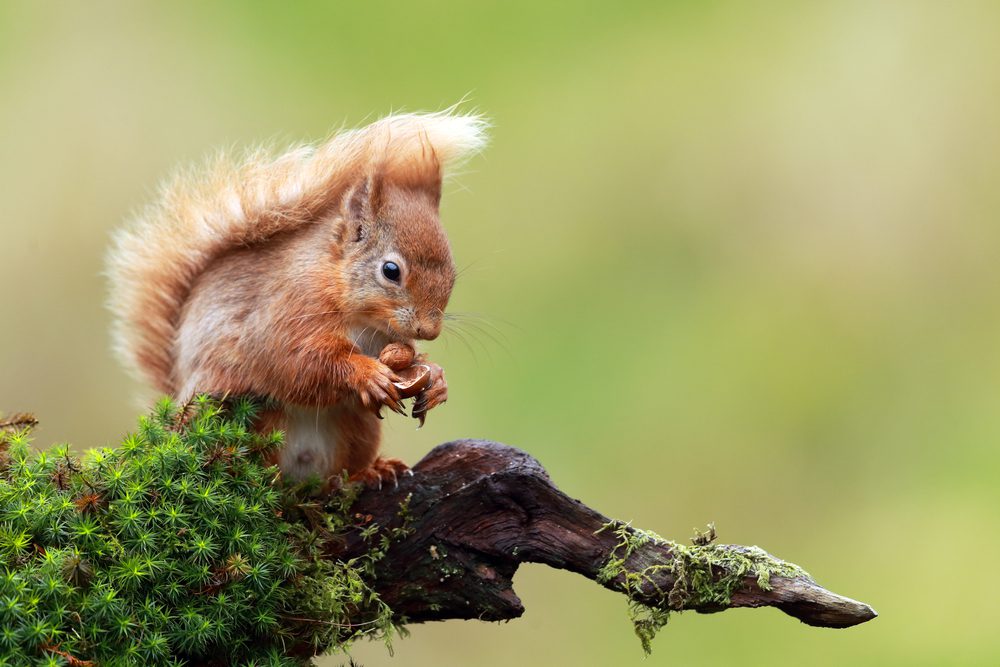 The Lake District is well known for its towering mountains, vast fells, and beautiful lakes, all of which play host to an abundance of wildlife.

With the Lakes having one of the most diverse ecosystems in the country, it’s the ideal place for wildlife enthusiasts looking to spot some of the nation’s favourites.

From aquatic mammals to birds of prey and mesmerising butterflies, you don’t have to venture beyond our borders to have your own wildlife safari.

Here, we’ve created a guide some of the best locations to do a bit of wildlife spotting in the Lakes and nearby area during your stay with us.

Located between Keswick and Bassenthwaite, these areas are perfect for spotting a whole host of wildlife.

The woods are home to Roe deer, badgers, foxes and siskins, while buzzards and merlin can be found on the fells.

Whinlatter is also a Red Squirrel reserve, where they are actively protected. The nearby shores of Bassenthwaite have been known for occasional otter sightings. With the RSPB setting up a hide in the woodlands around them to view a pair of breeding Ospreys.

This reserve is most famous for its pair of breeding Osprey during the summer months. It has international importance as a rare lowland raised peat bog, home to huge numbers of dragonflies, including the rare white-faced darter, as well as cuckoos, warblers, and adders.

Red deer can also be seen rutting during the Autumn months.

Kendal and the surrounding areas

Just a short drive from our South Lakeland Leisure Village, the River Kent has been known for its otter sightings in recent years.

Dorothy Farrer’s Spring Wood is also a great place to see spring flowers, such as bluebells and purple orchids, as well as a wide variety of birds, such as the spotted woodpecker and flycatcher.

Until recently, it was best well known as the home of England’s last Golden Eagle.

However, there is still an abundance of other birds to be spotted in the surrounding area. The pied flycatcher, dipper, peregrine falcon, and redstart are all known to nest in the nearby crags and waters.

This ancient woodland and stretch of water are home to a whole plethora of wildlife, including some rare species.

Roe deer are often found in the woodlands, with the larger red deer living on the high fells.

The woodlands also act as another home to red squirrels.

This is a very easy place to spot some wildlife, only requiring a meander through the park with an almost guaranteed sighting of the animals.

What was once a medieval deer hunting enclosure, the deer park has a large population of black fallow deer as well as a rare species of Bagot goats. The park is free to enter, but a trip to the hall is always a treat.

This area has always been home to wildlife. According to local legend, it was the location of the last remaining wolf in England.

Nowadays you’re much more likely to catch a glimpse of nesting peregrines, curlews, and redshanks, rather than coming face to face with a predator.

The views across Morecambe Bay are also fantastic from the head.

This is a great day out that offers a chance to view some wildlife, as well lots of other activities.

It’s home to one of the only groups of red kite, as well as a large number of tawny and barn owls. It also boasts the only remaining indigenous red deer herd in England, and its smaller relative, the roe deer.

The Brant Wetlands are perfect for spotting butterflies and dragonflies. And, if you’re brave enough to pay a visit at dusk, you might even be rewarded with a glimpse of some foxes and badgers.

We hope this has given you a little insight into some of the places you may wish to visit if you’re an enthusiast for spotting wildlife, which are nearby to our Lake District parks here at Pure Leisure!