The Best Tourist Attractions in Each English County 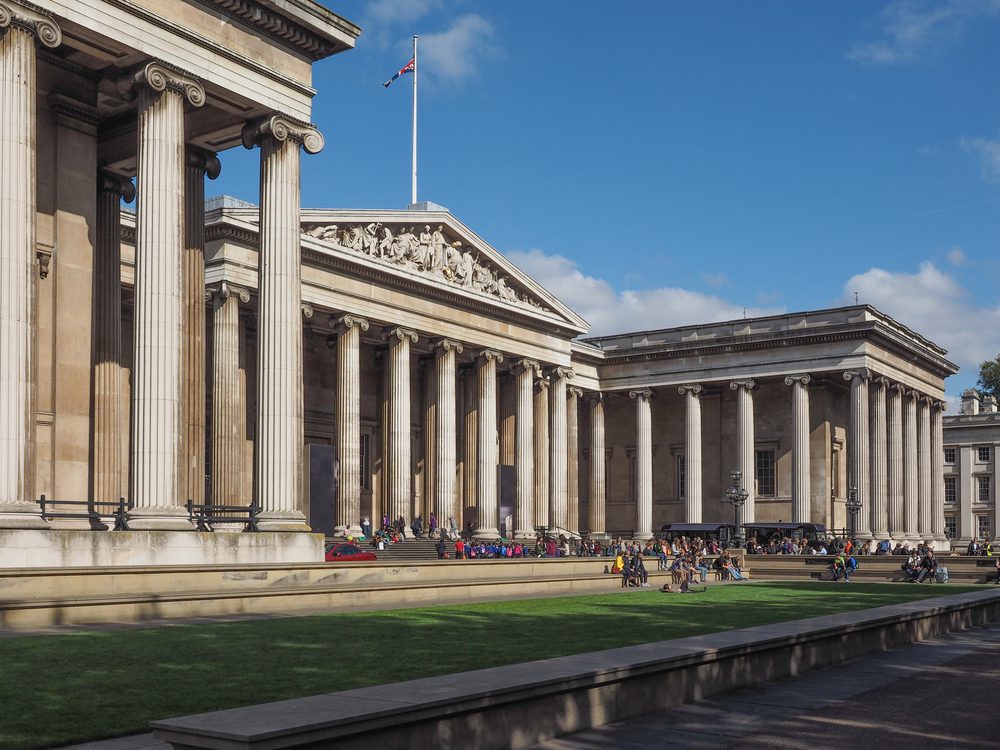 You really don’t have to travel abroad to have a great holiday, with so much to do right here in England.

And to prove it, we’ve found the very best tourist attraction in each county, according to TripAdvisor.

Wondering what makes these attractions ‘the best’? TripAdvisor rates every tourist attraction based on three things:

Now that that’s a bit clearer, here are the results!

Starting with a quirky one, Edible Ornamentals is a farm in Chawston, where you taste, cook and grow chillies!

The oldest and largest occupied castle in the world, Windsor is the preferred weekend home of the Queen.

Known as ‘The Ship That Changed the World’, the Great Britain was once the largest vessel in the world.

The home of the codebreakers during World War II, Bletchley Park played a pivotal role in the Allied victory.

The Imperial War Museum in Duxford is a poignant look into the history of conflict around the world.

The UK’s most popular zoo is home to over 15,000 animals from 500 different species. 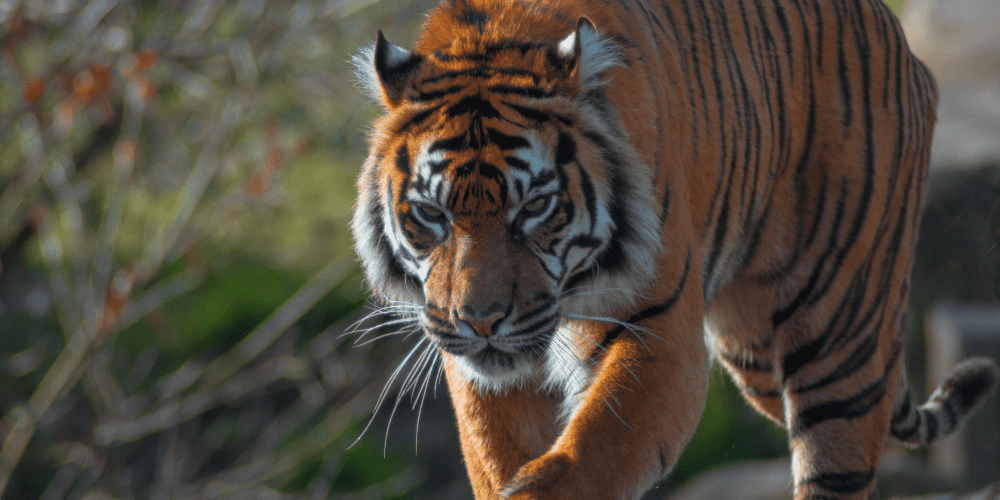 Perched right on top of the Cornish cliffs overlooking the Atlantic, this is one of the most spectacular theatres in the world.

While Windermere might be more well known, it’s Derwentwater that comes out on top for TripAdvisor.

Derbyshire is well-known for the Peak District, and this valley is one of its most popular features.

If you get lucky with the weather, Devon is home to one of the best beaches in the UK.

For an explosive day out, head to this collection of tanks and other armoured vehicles at Bovington Camp.

One of the UK’s most impressive buildings, Durham Cathedral dominates this beautiful city.

This chalk headland is the highest in Britain, rising a whole 162 metres above sea level.

These towering cliffs are known as the home of about half a million seabirds.

With over 260 rare species, Colchester is home to one of the best zoos in Europe.

Gloucestershire – The International Centre for Birds of Prey

Home to over 60 species of owls, eagles and hawks, the ICBP is the world’s oldest dedicated bird of prey centre.

A beautiful Victorian neo-Gothic building on Manchester’s Deansgate, the John Rylands is part of the University of Manchester.

With a vast range of artefacts and art, the British Museum is one of the best, and it’s free too! 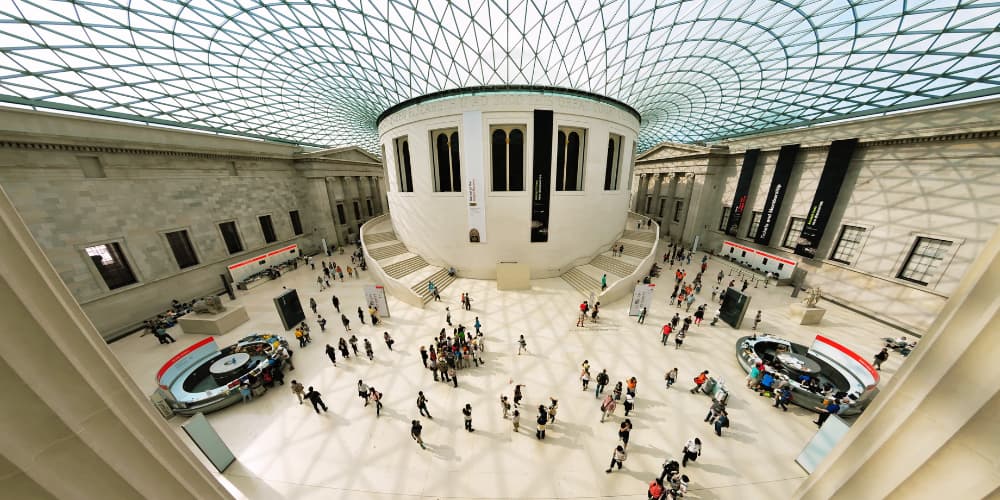 Over 150 birds of prey in 22 acres of woodland and meadow, featuring feeding and flying displays.

Built in 1079, Hereford Cathedral is home to the Mappa Mundi, a 13th-century map of the world.

This Norman cathedral is the oldest site of continuous Christian worship in Britain.

England’s largest castle is known as the ‘Key to England’ due to its strategic importance.

Dating back to 1885, the tram from Blackpool to Fleetwood is one of the oldest in the world.

This 800-year-old deer park features footpaths, a playground and a stream, across its 830 acres.

Did you know that the seat of the Anglican bishop was also the tallest building in the world from 1311 to 1549, taking over from the Great Pyramid of Giza?

At 150m in length, Liverpool Cathedral is longest in the world, and fifth-largest too.

Norwich is one of England’s greatest cathedrals, known for its large cloisters and spire.

Found in the heart of the Northamptonshire countryside, this is a truly unique chance to go trekking with these beautiful animals.

The rural mansion of inventor Lord Armstrong is full of gadgets and gizmos to discover.

A must-visit for train lovers, the NRM in York tells the story of rail travel in Britain and its impact on society.

A family-owned falconry centre, featuring various experiences such as hawk and owl walks and up close falconry handling.

A free museum covering ancient and modern art and antiquities from across the world.

This large reservoir is home to a number of rare species of birds, such as gadwall, shoveller and lapwing.

Home to the National Cold War Exhibition, and situated next to an active airfield, this museum is also totally free.

This well-preserved bath house is one of the biggest tourist attractions in the South West.

An opportunity to get up close with Vulcan XH55, one of three RAF bombers designed to carry Britain’s first atomic bomb.

With over 300 memorials over 150 acres, as well as lots of wildlife, this is a poignant but beautiful day out.

If you want an adrenaline rush like no other, Suffolk is home to one of the UK’s leading parachuting centres.

This majestic royal palace is located right on the banks of the Thames.

This 19th-century wagonway runs underground right from the Town Moor to the River Tyne, but make sure you book in advance!

Located in his hometown and with over a thousand seats, this is the perfect place to embrace all things Shakespeare.

West Midlands – Birmingham Back to Backs

The last surviving court of the back-to-back housing which was common in Birmingham during the 19th century.

A restored and remodelled medieval castle which originally dates back to 1067.

Based near an old colliery, this museum lets you head 140m underground to discover what coal mining was really like.

See one of the most celebrated documents in English history at Salisbury Cathedral.

Rising majestically above the River Severn, this is one of the UK’s most striking cathedrals.

We hope this has given you some inspiration if you were looking for a great way to spend a day or afternoon!

Check out our latest post on how to kit out your holiday home for the autumn here.