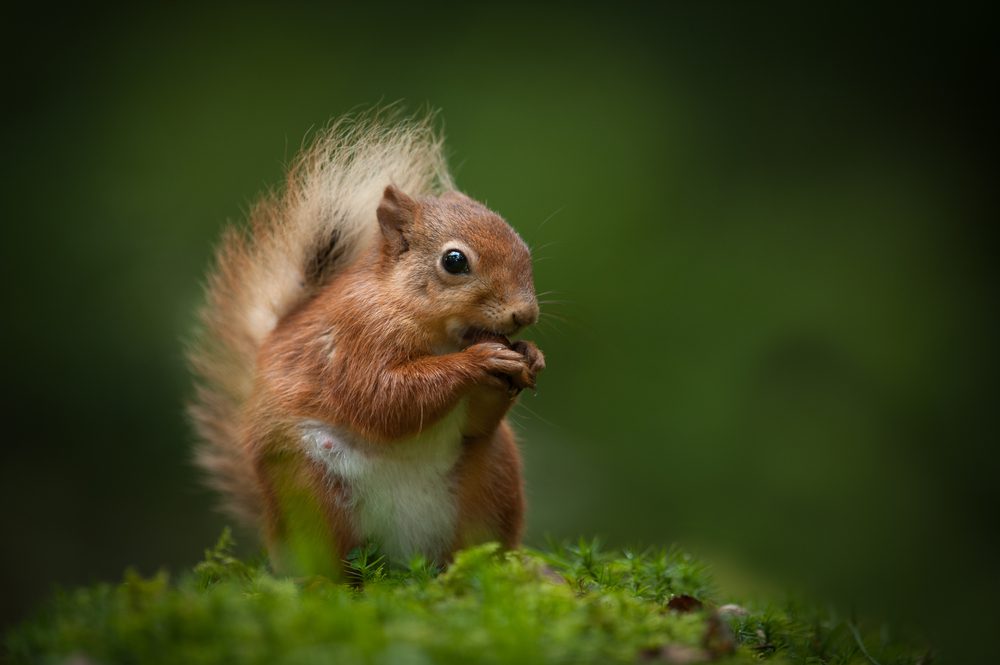 You may not realise it, but the Lake District is home to all kinds of amazing wildlife, whether it’s around the fells, woodlands, lakes or up in the sky.

So next time you’re visiting the Lakes, be sure to keep a special eye out for these wonderful creatures that populate the region.

One of the most famous (and most adorable) of the Lake District’s creatures is the red squirrel, which can be seen all-year-round in various woods around the Lakes.

They’re rarer than their grey cousins, but keep an eye out to see them scurrying around gathering nuts and racing up the trees.

The North Eurasian Lynx once roamed the Lake District freely, but unfortunately, the only place you’ll see one these days is The Lake District Wildlife Park, which is home to brothers Elva and Cai.

While it’s a shame that you won’t see one out in the wild, it’s still fascinating to see them up close and imagine the days when they roamed the Lakes.

Deer can be found all over Cumbria and in fact, they’re some of the biggest deer in the country!

If you’re lucky, you might catch them during the autumn (their breeding season), where the males fight over mates and territory.

While otters are still rare, they’ve made something of a comeback in the area and can be seen in various rivers and estuaries. Look out for tracks by the river or their dark droppings for a clue that otters are about.

The birds of prey which buzz across the Cumbrian skies are an impressive sight if you’re lucky enough to see them.

It may require a bit of patience and concentration, but keep your eyes pointed to the skies when you’re out on your next walk and keep your ears open for their distinct pinging call.

If you see a bird ominously hovering, it’s probably a kestrel, as they like to survey their prey before swooping to attack.

During the summer months, if you head to Bassenthwaite you might be lucky enough to see the breeding ospreys which have called the lake home every summer since 2001.

There’s a special viewpoint set up just for visitors to spot the birds hunting for food for their young.

Since being reintroduced, the ospreys have flourished and their numbers are slowly increasing across the country, which is a real success story for conservation in the area.

The UK’s largest finch, the hawfinch, is very difficult to see, taking refuge high up in the trees.

Look out for the large head and bill as well as the red, black and white colouring. Hawfinch are listed as a conservation risk, so you’ll be lucky to spot one, but keep an eye out at the Barkbooth Lot Nature Reserve in particular.

During the summer, you’ll see loads of butterflies fluttering around the Lake District. Particular species to look out for include the red admiral, which you’ll see around September and the pearl-bordered fritillaries which can be seen in various places such as Whitbarrow Scar Hervey Memorial and Howe Ridding Woods.

If you’re an animal lover and want to come and see some of the many creatures that the Lakes are home to, why not come and stay at one of our many parks in the area?