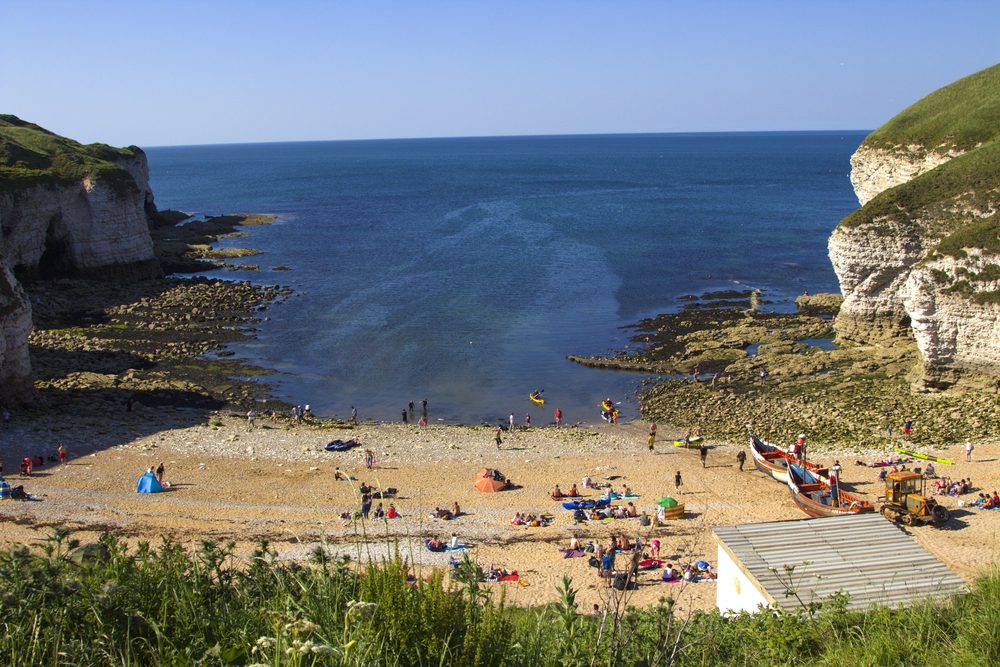 People from about East Yorkshire love to tell us all how great it is and to be fair, they’re not wrong, so you might think you know everything there is to know about England’s largest county.

However, we’re going to try our best to find ten things which you might not have known about Yorkshire, which is where you’ll find Bridlington Links.

It Was Home to Britain’s Tallest Ever Man

Where else would you expect Britain’s tallest man to be from? William Bradley was born in Market Weighton and stood at a towering 7 feet 9 inches.

He lived from 1787 to 1820 and appeared at fairs around the whole of Yorkshire as ‘The Yorkshire Giant’, charging punters a shilling each to shake his hand.

Today, the town of Market Weighton holds an annual festival in his name, known as ‘Giant Bradley Day’.

It Sparked the English Civil War

The English Civil War of the 17th-century is believed to have all kicked off in a humble pub in Hull, of all places!

Ye Olde White Harte, on Silver Street, is where the decision was taken in 1642 to refuse Charles I entry into Hull, which sparked a siege of the town which was ultimately the first action of the war.

It Inspired Alice in Wonderland

The white rabbit which Alice chases down into Wonderland in Lewis Carroll’s 1865 book, Alice’s Adventure in Wonderland is said to have been inspired by a stone rabbit which is carved above the door to the sacristy in St Mary’s Church, Beverley, which was carved by an unknown medieval craftsman.

It’s Home to the Longest Bridge in the UK

Stretching out for a whopping 2,220 metres, from Hessle across to North Lincolnshire, the Humber Bridge is not only the longest in Britain but the second longest in Europe and the seventh longest in the world too!

It’s Connected to Some of Your Favourite Brands and Films

Hull-born J. Arthur Rank formed the Rank Organisation in 1937. While you may not have heard of it, it founded or owned some of the country’s most well-known brands, such as Butlins, Haven, Oasis, Rank Xerox, Hard Rock Cafés and many more.

It also owned many film studios, such as Pinewood, which produced the Carry On series of films. All of which were directed by Gerald Thomas, another Hull native!

It’s Where Robinson Crusoe Embarked on His Doomed Journey

We’ve all heard the story of the shipwrecked Robinson Crusoe, as told in Daniel Defoe’s 1719 novel.

However, did you know that Crusoe’s doomed voyage set sail from the Queen’s Dock in Hull? Today you can see a plaque in Queen’s Gardens commemorating Crusoe!

It Has the Largest Chalk Reef in Europe

Flamborough Head, found between Filey and Bridlington, extends out 6km into the North Sea, making it the largest chalk reef in Europe.

It also has two ancient lighthouses to see, dating back to 1669 and 1806, respectively, and is home to thousands of nesting seabirds.

It’s Home to the Smallest Window in England

One of Hull’s oldest pubs, the George Hotel, also has a much stranger claim to fame. It’s believed to be home to England’s smallest window, a tiny slit which is said to have long ago been used by the porter to look out for stagecoaches and customers so that they could be given immediate attention. Hopefully, they’re still as attentive at the bar on a Friday night!

One of the region’s greatest culinary exports is the Yorkshire Pud. The Aunt Bessie’s factory makes no less than 500 million a year, so we’ve got a lot to thank them for!

The small village of Londesborough was described by King James II as ‘paradise on earth’ in 1665, and we think it’s a title which could apply to the area as a whole to this day, so if you want to come and experience it for yourself, and learn more about East Yorkshire, be sure to come and stay with us here at Pure Leisure.