The Best Places in the UK to See a Starling Murmuration 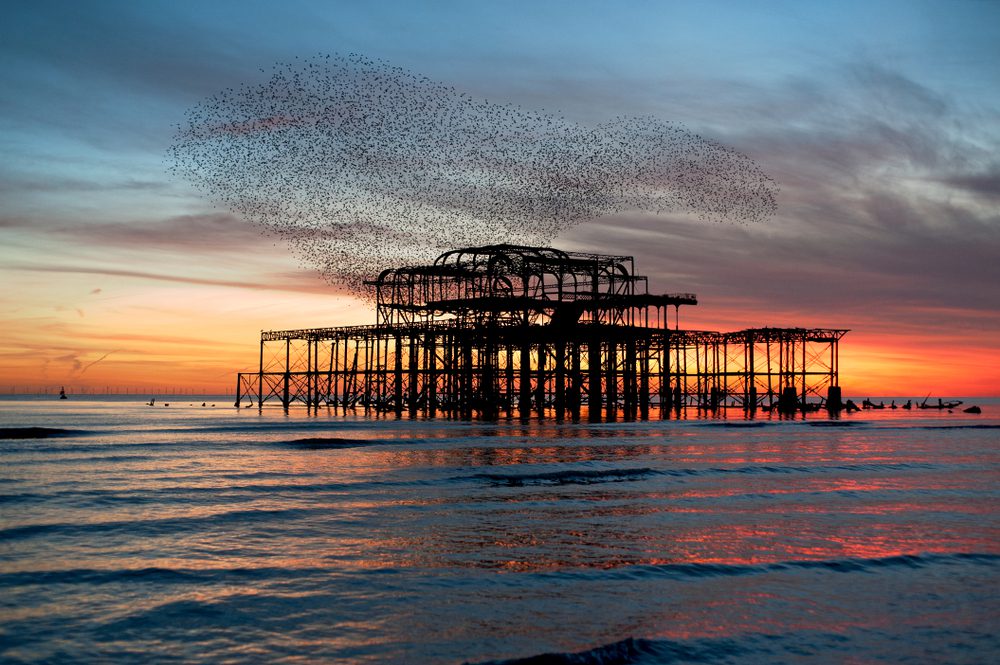 The UK is home to a huge number of different animal and bird species which can be spotted in their natural habitats if you’re lucky. One of these such species is the starlings that take to the skies around the latter part of the year in their thousands and even tens of thousands.

If you have ever spotted a huge number of birds flying in unison to create various shapes, chances are you’ve witnessed a starling murmuration. The sight is quite spectacular, but if you’ve never seen this spectacle before, don’t worry as this is the perfect time of year to get spotting.

What is the Reason for Starling Murmurations?

This has been a much-contested question for bird experts for many years, but it is generally thought that this is a defensive move by the birds as moving in these large numbers protects them from predators. The birds tend to move around within the flock so no one bird spends all their time on the edge of the murmuration where they are more vulnerable. It is also thought that this provides an excellent opportunity for the starlings to communicate with one another.

When is the Best Time to See Them?

You’ll usually be able to see this spectacle in the late part of the year when the starlings begin to flock together. This usually happens around November, but in some places, you might catch them earlier.

Murmurations most often occur during dawn and dusk, although dusk seems to be the most common.

Where is the Best Place to See Them?

There are a number of sites that are known for offering great views of starling murmurations. These include:

This RSPB site near Silverdale offers starlings the perfect habitat for roosting, so you’ll get the opportunity to see flocks of them emerge from the grass and reeds and take flight in their thousands.

Located on the border between Scotland and England, you’ll find an excellent place to sit and watch up to 50,000 starlings conduct their aerial displays.

Head to this seaside resort to see thousands of starlings roosting underneath the pier before they fly up into the skies for their performance.

Another seaside resort with a starling murmuration to take your breath away. The remains of the derelict West Pier in Brighton plays host to up to 40,000 birds as they roost. This is a well-known spectacle in this area, so expect to be joined by plenty of other onlookers.

This murmuration is simply incredible as up to 100,000 starlings gather in the months between October and March to take to the skies in their magical displays.

This nature reserve features a floating village and a range of habitats that have been perfectly crafted for different species’, including the starlings that flock to the area.

For more information about where to find the best places to watch starling murmurations, you can visit Starlings in the UK where you’ll be able to find a roost map with up-to-date locations.

There are plenty of wonderful places to see starling murmurations across the UK, but heading out into the countryside will give you your best chance to see some spectacular displays. If you are staying at one of our holiday parks in Lancashire, you’ll be in the perfect place to visit the Brockholes reservation and RSPB Leighton Moss. You can ask a member of our onsite staff who’ll be happy to point you in the right direction. And while you’re with us, be sure to pay a visit to our very own Fell End Nature Reserve too!