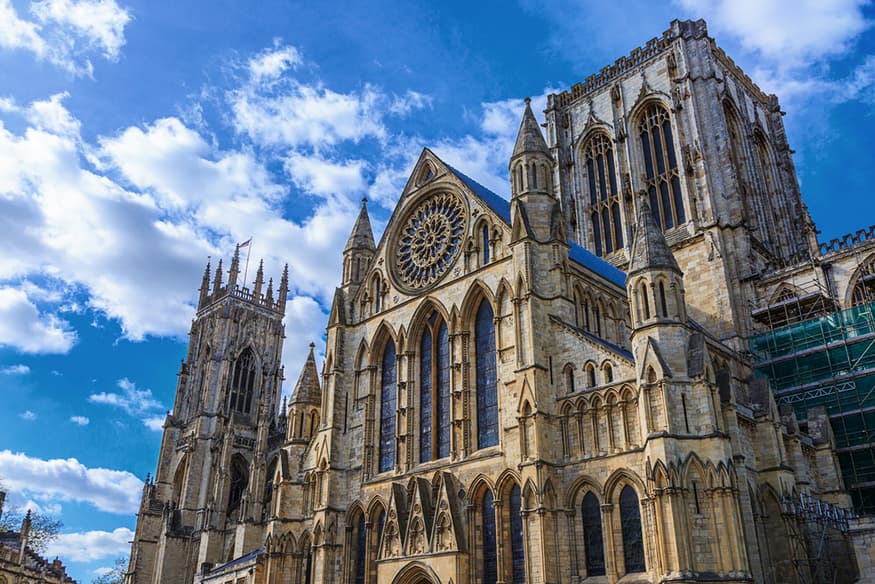 Love history? Then a trip to Yorkshire may be right up your alley. As one of the most historically-rich counties in the UK, there’s plenty for history lovers to do, see and, most importantly, learn.

Whether you’re looking to further your knowledge or are have a completely blank slate when it comes to the history surrounding Yorkshire, we guarantee that you’ll come back brimming with new information.

So, where will you visit first?

Situated in the beautiful market town of Helmsley in the North York Moors, Helmsley Castle has stood proud for over 900 years.

A visit to the castle will take you through this very rich history. Starting with its original function as a medieval fortress. You’ll see how the building has been transformed over the years into a Tudor mansion. As well as the role it played in the English Civil War as a stronghold.

There are even tours that you can embark on, including a sneak peek behind the scenes of their archaeology store. There artefacts from days gone by are stored safely and studied for their historical value.

Fountains Abbey was founded by Benedictine monks who travelled from York to the area in 1132. These monks had grown tired of the way in which their order was behaving. After three years at the Abbey, they became members of the Cistercian order. This would also see the introduction of lay brothers, or labourers as we know them now.

These labourers freed up the time of the monks by taking on the tasks that weren’t dedicated to praising God. Through this new system, the Abbey became very wealthy through wool production and other farming produce.

Today, you can visit the Abbey and look around for yourself. Either self-guided or guided by one of the experts. And find out just how important this Abbey was to the area – and they guarantee it to be more dramatic than you think!

Known officially as St Anne’s Cathedral, the history of this incredible monument dates back to 1786. This is when a Dominican priest moved the Roundhey Mission into the centre of Leeds. The church became the town’s first place of Catholic worship since the reformation.

But, the building that you see today isn’t the original St Anne’s. In 1899, it was decided that the original cathedral would be demolished, and a new one erected on a different site. The current cathedral was built from 1901 to 1904 on a much smaller site than usual. It was built by architect John Henry Eastwood and his assistant Sydney Kyffin Greenslade.

Regardless of the new build, this incredible building now stands proud against the skyline. There are many artefacts to learn about at Leeds cathedral. Including an altar which enshrines the remains of local martyrs!

There are cathedral tours available, and recommended for those interested in the history of faith in the Yorkshire area.

The City of York

We can’t mention the history of Yorkshire without including the incredibly historic town of York itself. From its role in the War of the Roses, to its incredible, iconic cathedral. From it’s middle-aged shopping district known as The Shambles and more, there’s something to be learned from a wide range of historical periods all over York.

York Minster is the largest cathedral of its kind in Northern Europe. You can’t miss this gargantuan building, and it’s one of the most popular attractions in York. During a visit, you will learn of over 2,000 years of history. Starting from Roman roots all the way through to modern day. It’s not just for religious buffs, it’s a great experience for all!

York also plays host to The Shambles, which features in the Domesday book of 1086. The street is still accessible today, with many businesses calling it home. However, it’s much more than a shopping district. Just take a look up at the timber-framed building architecture as you take a wander down the shambles and the ‘snickelways’, and you’ll see just how old this area of York is. It is also said that The Shambles inspired writer J.K. Rowling in her depiction of Diagon Alley.

York should really have a guide for itself due to the massive history connections it has, but be sure to check out some of the many attractions that it has to offer if you decide to visit!

We want to share the local heritage of areas such as Yorkshire with all of our guests, and our holiday parks in Yorkshire are perfectly situated for those looking to get stuck into history and culture of the county.

Whether you’re a novice history buff or are simply looking to visit places you’ve learned about during your research. Make sure that you’ve got the best accommodation to retreat to at the end of the day. All that information is sure to make you tired!